The Unofficial Bridgerton Musical in Concert 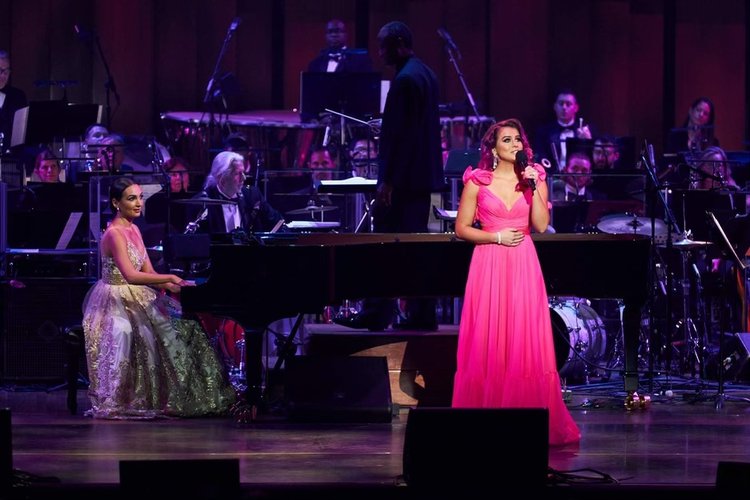 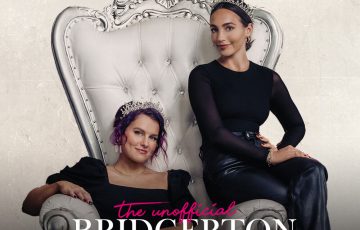 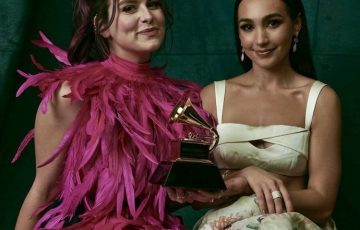 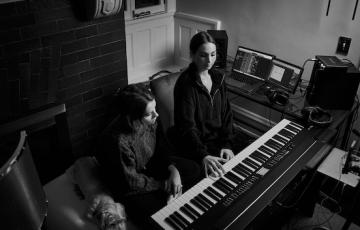 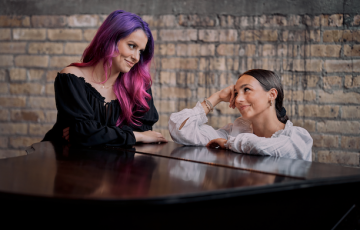 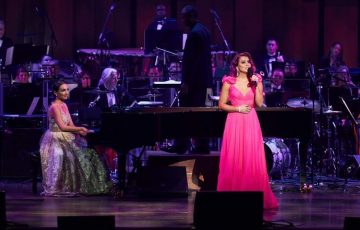 After the Netflix smash hit regency romance series graced our screens, Abigail Barlow and Emily Bear set out to answer the simple question: What if Bridgerton was a musical? They answered by composing and recording 15 songs in 6 weeks, live on social media in real-time, with lead vocals by Barlow and orchestration, production and additional vocals by Bear.

Bear (20) and Barlow (23), are two young women who have independently carved out their own space in the musical theater world. Barlow was a founding creator on TikTok and has a flourishing singer-songwriter career with the chart success of her independently-released pop hit “Heartbreak Hotel.” Meanwhile, Bear has had a rich career as an award winning composer and piano prodigy who first appeared on The Ellen DeGeneres Show at age six, and has performed around the world including Carnegie Hall and Lincoln Center.

Although individually accomplished, together the pair are breathing new life into musical theater with The Unofficial Bridgerton Musical’s merging of Broadway influences, contemporary scoring and a pop through-line. Barlow and Bear’s creative process ushers in a new-founded feat: live streaming on TikTok and Instagram to transparently involve their audience in every step of making this album.

Accolades and support from Netflix, the cast of Bridgerton, and people from all across the world increased with the creation of each new song. Julia Quinn, author of the Bridgerton Series said, "I know all about the musical and that is just blowing my mind," she says. "I'll be sort of humming in the shower and realize I've been humming one of the Bridgerton the Musical songs." As if to prove it, she sings a bit of the Eloise song, "If I Were a Man." Composers Pasek and Paul (La La Land, Greatest Showman, Dear Evan Hansen), self proclaimed "bearlow fans" wrote, "What is this musical style? Oh wait, it doesn't exist, you're inventing it".

Their ear-worm, catchy melodies marry todays pop sensibilities with classic musical theater, while adding in doses of cinematic styling, and creates a sound that can cross from Broadway to the pop charts. Demystifying the creative process with real-time live-streams documenting their composing, orchestrating and recording sessions, Barlow and Bear have broken the glass ceiling on how musicals become mainstream.

Now 20, Bear has more than 50 million views on YouTube, and a documentary on her life received an EMMY Award. She has performed her original compositions on legendary stages including: Carnegie Hall, Lincoln Center, Hollywood Bowl, and Montreux Jazz Festival. W Magazine’s It Girl of the Year, Bear has performed for the Dali Lama, played a solo concert at the White House, headlined stadium tours, was featured 7 times on The Ellen DeGeneres Show, honored by the Songwriters Hall of Fame and named to the prestigious Forbes Magazine 30 Under 30 list. Film Scoring and media clients include Disney, DreamWorks, Google, Warner Bros., Hulu, Netflix, and Universal.

Inspired by the hit Netflix Show, Bear and her writing partner Abigail Barlow, composed the viral Bridgerton Musical which received the 2022 Grammy Award for Best Musical Theater Album. Barlow & Bear composed 15 songs in 6 weeks, live on social media, resulting in 60 million likes on TikTok and more than 260 million views for #bridgertonmusical. Bear arranged, orchestrated, and produced the album which shot to #1 on the U.S. iTunes pop charts with in 1.5 hours of its release and reached top 5 albums worldwide.

Her long-time mentor Quincy Jones, who produced her original jazz album Diversity says, “I am at once astounded and inspired by the enormous talent that Emily embodies. She is the complete 360-degree package, and there are no limits to the musical heights she can reach. Not only is she a concert level classical pianist, a Billboard topping jazz pianist, acclaimed jazz and classical composer, expert film scorer, and superbly talented pop singer/songwriter, she is one of the kindest humans I know. Emily has a unique ability to seamlessly transition from classical to jazz, from bebop to bossa nova, from blues to classical, to popular music; her potential is truly endless.”

Bear has been featured in publications including Variety, People, Entertainment Weekly, The Boston Globe, Sunday London Times, Playbill, BBC, NPR’s All Things Considered, and The Kelly Clarkson Show. She is a founding leadership council member of the Recording Academy’s Songwriters & Composers Wing alongside Carole King, Diane Warren, and Hans Zimmer.

Growing up in front of the world, Bear has helped raise millions for charities through events and performances and is passionate about the importance of arts education.

Abigail Barlow is a 23-year-old Grammy® Award-winning singer-songwriter and TikTok star known best for her independent pop hit “Heartbreak Hotel,” which peaked at #2 on iTunes and currently has more than 6.5 million streams.

Recently honored by The Songwriters Hall of Fame,  Abagail and her writing partner Emily Bear, are the masterminds behind the viral Bridgerton Musical which has exploded on TikTok. Recently named to Forbes’s prestigious 30 under 30 list, her artful lyricism and unique melodies have garnered international acclaim.

As a young teenager, Abigail’s love of performing live was refined when she found a worldwide audience online with performance platforms YouNow and Musically. A 2017 Shorty Award nominee, she was a founding creator on TikTok — writing and performing her original music in real-time for a growing fanbase.

Now at well over 2.4 million followers on the platform, Abigail has been able to connect and collaborate with many established artists. Namely, Megan Trainor, who, after discovering Abigail on the app, co-wrote & produced a track on Abigail’s self-titled debut EP in 2020 titled “Phantom Feelings.”

The sky seems to be the limit for Abigail as she continues to independently release music of her own while also creating new compositions with her writing partner, Emily Bear.

"Ocean Away" ft. Darren Criss Live at The Kennedy Center at 50

"Burn For You" Live on Today Show

"Burn For You" Music Video

The Creation of The Unofficial Bridgerton Musical

NY Times: TikTok to the Grammys: How a ‘Bridgerton’ Musical Beat Broadway

Behind the creation of the Musical

“"The Unofficial Bridgerton Musical" is unique in more ways than one. It’s the only piece nominated this year in the Musical Theater Album category by women and it’s the first project nominated in the category that grew from a TikTok collaboration.” - BuzzFeed News