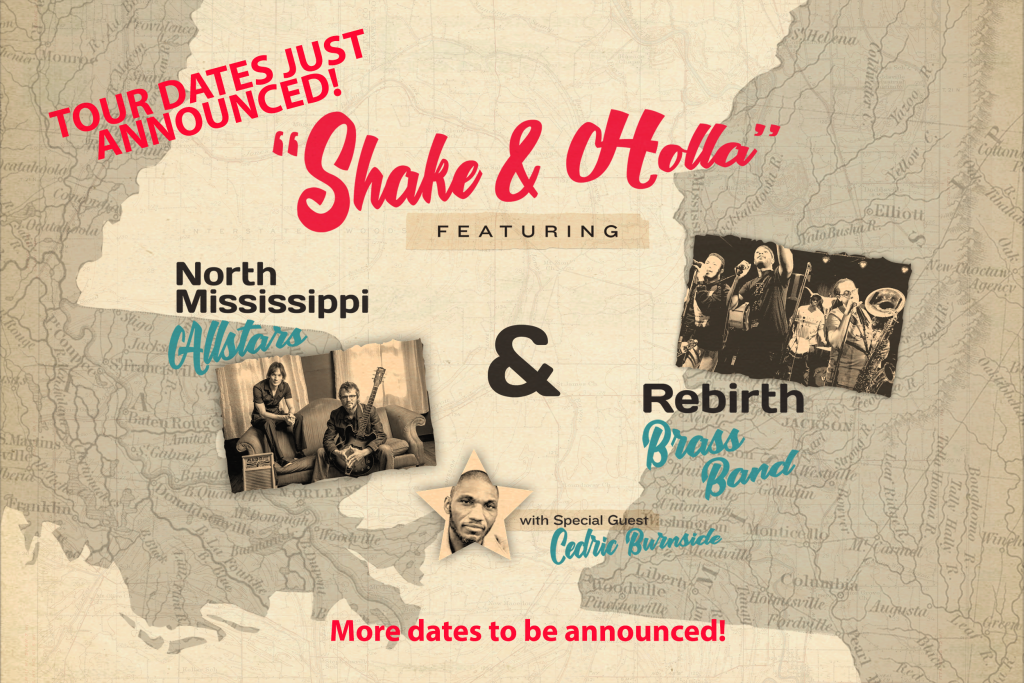 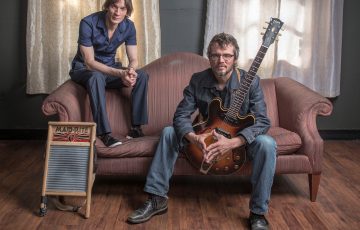 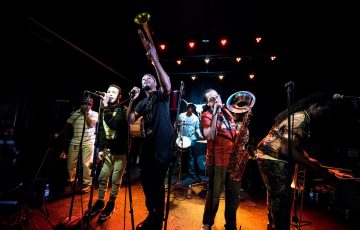 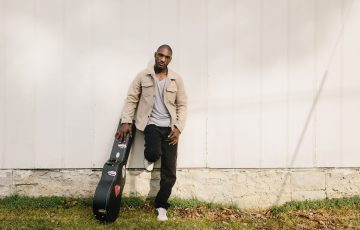 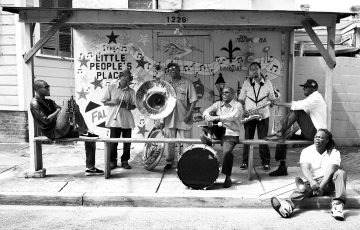 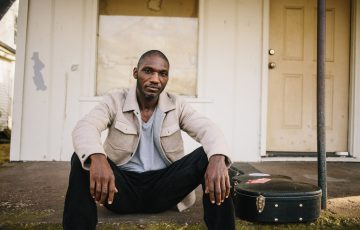 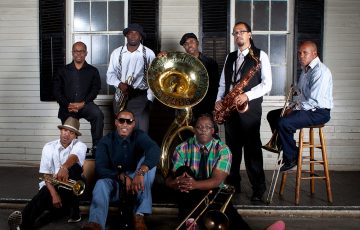 Shake & Holla is a brand-new tour that showcases foot-stomping Mississippi "hill country" blues and the funky, syncopated sounds of New Orleans brass. Touring together for the first time ever, the Grammy-nominated and Blues Music Award-winning North Mississippi Allstars will be joined by legendary Rebirth Brass Band in a musical celebration of two great southern musical traditions. Steeped deeply in their own traditions, both artists also are part of the vanguard of blues and soul music. Appearing with them on this tour is blues guitarist, vocalist, and drummer Cedric Burnside, a Grammy-nominated artist in his own right, as well as the grandson of legendary Fat Possum recording artist RL Burnside. For one special night, these three artists will be playing their own favorite selections as well as collaborating throughout the show on a grab bag of great songs, exploring the musical connection between the Mississippi Delta and Bourbon Street...right down Highway 61.

Brothers Luther and Cody Dickinson grew up just south of Memphis and cut their teeth playing experimental rock & roll together, as well as the roots repertoire pioneered by their father, Jim Dickinson, a legendary producer (Big Star, the Replacements) and session player (Rolling Stones, Bob Dylan).

The North Mississippi Allstars made their Memphis debut in 1996, incorporating their father’s concept of roots music as a framework for improvisation and blending experimental/psychedelic excursions into Hill Country anthems.

As Luther tells it, “after NMA first shook em’ down in Memphis, RL Burnside hired me to tour with him in’97. A natural momentum began building up that slowly led to Cody and I hitting the road full -time. Our lives changed forever with the release of Shake Hands with Shorty in 2000. The music that rings thru the hills carried us away and became our home away from home as we began touring around the world. In orbit, we lost track of time and of ourselves.”

Shake Hands with Shorty made the Allstars one of the most celebrated roots acts around. In 23 years they’ve released ten studio albums, three of which were nominated for Blues Album of the Year Grammys. (Luther has notched another four nominations in various categories on top of that.) More important, they’ve played countless shows in front of avid crowds, touring alongside Robert Plant, Patty Griffin, Mavis Staples, and John Hiatt, among many others. Says Luther, “I’m grateful to work together as a family—with Cody, the musicians we roll with and the people who support our live shows. Together, we keep this music up and rolling.”

Whether seen on HBO’s Treme or at their legendary Tuesday night gig at The Maple Leaf, Grammy-winning Rebirth Brass Band is a true New Orleans institution. Formed in 1983 by the Frazier brothers, the band has evolved from playing the streets of the French Quarter to playing festivals and stages all over the world. While committed to upholding the tradition of brass bands, they have also extended themselves into the realms of funk and hip-hop to create their signature sound. “Rebirth can be precise whenever it wants to,” says The New York Times, “but it’s more like a party than a machine. It’s a working model of the New Orleans musical ethos: as long as everybody knows what they’re doing, anyone can cut loose.” In the wake of the sometimes-stringent competition among New Orleans brass bands, Rebirth is the undisputed leader of the pack, and they show no signs of slowing down.

Following the Grammy-winning Rebirth of New Orleans, Rebirth Brass Band is at it again with Move Your Body, an infectious, groove-laden collection of hip-shakers sure to saturate the dance floor.

Rollicking originals like “Who’s Rockin, Who’s Rollin'”? and “Take ‘Em to the Moon” reaffirm the band’s position as head of the brass throne while the rasta-esque “On My Way” and leave-nothing-to-the-imagination lyrics of “HBNS” showcase the unit’s talent for penning unabashed party starters.

Boasting a mastery of Rebirth’s signature “heavy funk” sound, Move Your Body pushes and swings, leaving behind an 11 track thumbprint, approved by the Frazier brothers themselves, of a sultry Tuesday night spent dancing on their home court at the Maple Leaf Bar in New Orleans.

From the hills of North Mississippi, Cedric Burnside keeps the deep tradition of the blues alive. The 41-year-old still lives near Holly Springs, Mississippi, at the home where he was raised by “Big Daddy,” his grandfather, the late singer/songwriter/guitarist R.L. Burnside whom Cedric famously played with, just as his own father, drummer Calvin Jackson, did. Cedric was literally born to the blues, more specifically, the “rhythmically unorthodox” Hill Country variant which emerged from Mississippi, where he grew up surrounded by Junior Kimbrough, Jessie May Hemphill and Otha Turner, as well as delta musicians T-Model Ford and Paul “Wine” Jones.

Grammy-nominated in 2015 for Best Blues Album for the Cedric Burnside Project’s Descendants of Hill Country, as well as the recipient of the Blues Music Awards honor as Drummer of the Year for four consecutive years, Cedric’s latest album, Benton County Relic, offers a showcase for his electric and acoustic guitar, recording 26 tracks in just two days with drummer/slide guitarist Brian Jay in the latter’s Brooklyn home studio in a rush of creativity. It’s his first release for Single Lock Records, the Florence, Alabama label headquartered across the Tennessee River from the legendary Muscle Shoals Sound Studio and responsible for critically acclaimed records by John Paul White, Nicole Atkins, Dylan LeBlanc and St. Paul & the Broken Bones.

And while Cedric humbly refers to himself in the album’s title, the music within is anything but ancient, the rich tradition of Hill country blues dragged kicking and screaming into the modern-day with crackling electricity amid its nod to life’s essentials. If the blues has traditionally been about getting through hard times, Benton County Relic offers the kind of deep baring of the soul that enables us to transcend oppression, whether in the 19th century or in the precarious present.

Cedric Burnside: "WE MADE IT"