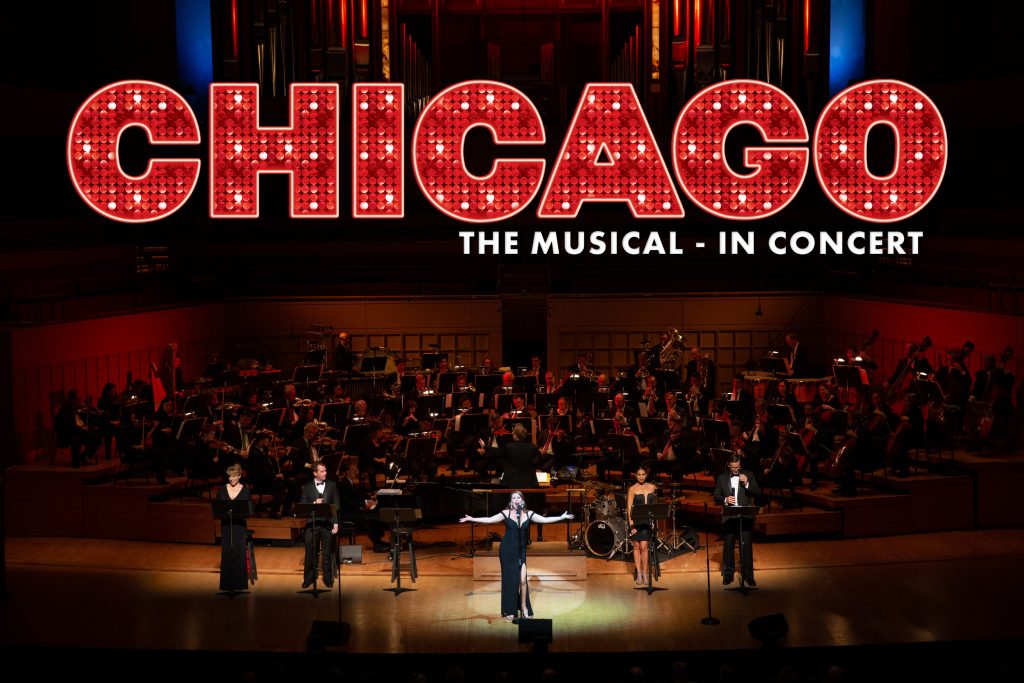 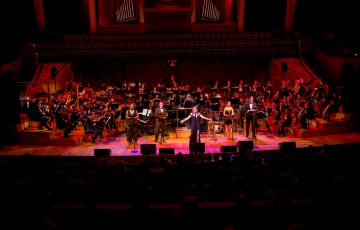 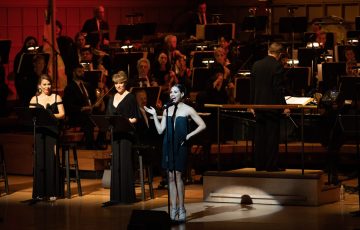 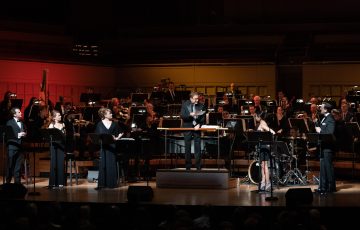 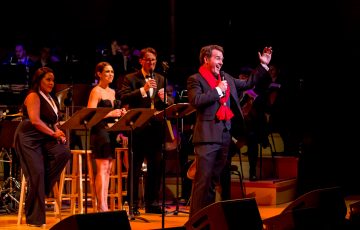 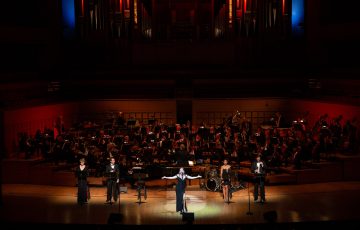 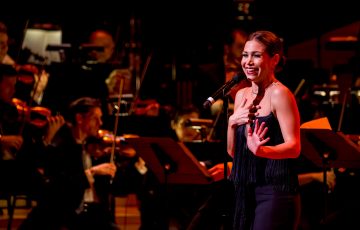 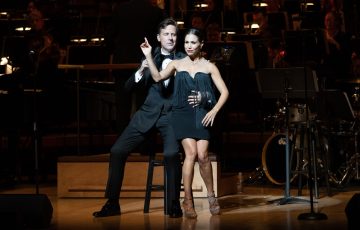 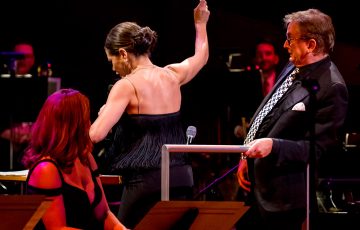 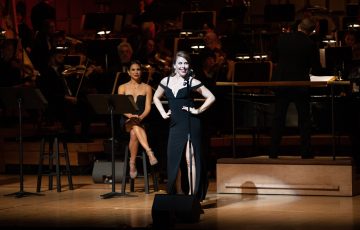 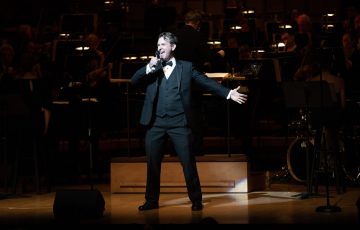 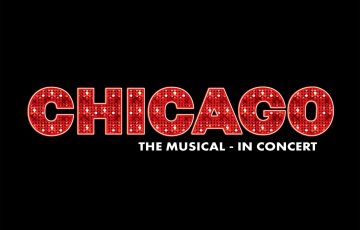 In celebration of one of John Kander and Fred Ebb’s most beloved musicals, Rob Fisher and Tom Thompson created this full-length concert adaptation, with a fresh new full orchestral arrangement, created by Bill Elliot, including every song from the original score (originally composed for just 13 on-stage musicians), and intermittent spoken dialogue, this new version is reimagined for full symphony orchestra.

Musicals in concert have long been a staple of popular programming for orchestras around the world, and now Broadway’s longest running musical, CHICAGO, is available to symphony orchestras, featuring a five-member cast of Broadway singing actors lead by CHICAGO’s original musical supervisor and beloved American conductor Rob Fisher.

CHICAGO In Concert is a sensational tale of sin, corruption and all that jazz with a ripped-from-the-headlines story about fame and scandal and one show-stopping song after another.

Rob Fisher is an internationally recognized music director, conductor and pianist, and a leading figure in American music and musical theatre. He has been a guest of virtually every major orchestra in the country as conductor or pianist.

With the New York Philharmonic, he has conducted the acclaimed concert versions of Carousel (EMMY Nomination for Best Music Director) and My Fair Lady as well as Mr. Keillor at 70. Other recent highlights include debuts with the Boston and Chicago Symphonies and appearances with the Philadelphia and Cleveland orchestras, the Los Angeles Philharmonic, and the San Francisco, Atlanta, Pittsburgh, Baltimore, and National symphonies. At Carnegie Hall with the Orchestra of St. Luke’s, he led gala performances of Guys and Dolls and The Sound of Music. He conducted The New York Pops on many occasions, sharing concerts with the late Skitch Henderson. As a pianist, Fisher has been soloist for Gershwin’s Rhapsody in Blue and Concerto in F with orchestras across the country.

In addition to collaborating in concert with such artists as Renée Fleming, Kristin Chenoweth, Kelli O’Hara, Victoria Clark, Idina Menzel, Brian Stokes Mitchell, and David Hyde Pierce, he has conducted Patti LuPone’s engagements with the Pacific, Phoenix, Atlanta, Fort Worth, and Chicago symphonies. He conducted the San Francisco Symphony in the Emmy-winning concert production of Sweeney Todd starring Patti LuPone and George Hearn. At the Chicago Lyric Opera, he led the record-breaking production of The Sound of Music.

Fisher was founding music director and conductor of the New York City Center Encores! series from its inception in 1994 until 2005. The series earned a 2000 Tony Award, and in 1997, Fisher was given the Lucille Lortel Award for Outstanding Special Achievement. He continues to be a regular guest music director for the series. Fisher has made numerous recordings for Encores!, including the Grammy Award-winning Chicago cast album. He is supervising music director for Chicago productions worldwide.

Fisher was music director for the New York Shakespeare Festival’s revival of Hair in Central Park, and was music supervisor for its Tony-winning run on Broadway. He served as music supervisor for the recent Tony-winning Broadway revival of Anything Goes. His Carousel with the New York Philharmonic at Avery Fisher Hall was broadcast on PBS Live From Lincoln Center and earned him an Emmy nomination. He was music director and conductor for “Ira Gershwin at 100,” a gala concert at Carnegie Hall, which was broadcast on PBS “Great Performances,” and he appeared twice on the PBS series “In Performance at the White House” during the Clinton administration.

Fisher has a long association with Lincoln Center’s American Songbook series as a producer and music director, creating tributes to the Gershwins, Bernstein, Cole Porter, and Kander and Ebb. The Porter program was also presented at the Ravinia Festival, and the Kander and Ebb evening was broadcast on Live From Lincoln Center. He has also made many appearances as music director for the Lyrics and Lyricists series at New York’s 92nd Street Y, often with his friend Sheldon Harnick as host. Fisher conducted the 2011 world premiere of Ricky Ian Gordon’s Rappahannock County at the Virginia Opera, followed by performances in Richmond, VA and Austin, TX.

Rob Fisher is known to A Prairie Home Companion fans from his 4 years as Music Director for Garrison’s Broadcasts, 1989-1993 and as the leader of the Coffee Club Orchestra during that time. Fisher has remained a frequent guest ever since, and is also a frequent collaborator and arranger for the DiGiallonardo Sisters.

A native Virginian, he lives in Manhattan and Connecticut.

Sizzle Reel for Chicago the Musical in Concert

“This new concert reimagining of CHICAGO, brought to the world for the first time by the Dallas Symphony Orchestra, marks an exciting new chapter in the life of one of the most iconic and surprisingly timeless musicals to ever hit the stage.” - Broadwayworld.com